The Myth of the Movies
and Aging…
in America

“Age is on the page, my man,
and because I don’t believe…I
retrieve… any year I want!’
Man D. Kool
“Rapper”

Let’s just start with the biggest myth of all: “It ain’t gonna happen to me!”

How many times did we catch ourselves in a mirror and go, “who are you?!” And that’s only when we hit nine years old, after we got so used to our eight year old face which still had some baby fat left on it!

We are a country obsessed with youth.

And that is why in this culture, we cannot bear to see our movie stars age. They are our idols… mirrors of who we are…and mirrors, of where we are going. And this is why so many film stars go through some painful and complicated processes to try to fend off those passing years. Some, have wonderful results. And some… fairly devastating ones. Those, unfortunately, find it hard to get cast in front of a camera anymore.

And often, many of those procedures are not reversible.

So, why is it unacceptable to see our film stars age? Simply because it forces us to see our own progression in years, and in this country, it isn’t fun to do that. So, what 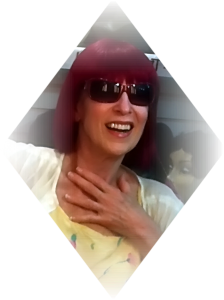 kind of a society would make it a crime for our movie stars to be human, to have a certain lifespan, and to change with the years as they progress, with humor, dignity and a sense of acceptance?

Take a look at France, Italy, and England for instance. As their stars age, they are revered, given many good parts and are never judged by a TMZ or a rag magazine for an uneven jaw line or some creases in the skin. What would Anna Magnani, a long ago Italian iconic movie star, have done if she were thrown off the cinema map because she never had plastic surgery? Magnani remained a star in Italy till the end of her life. (With some sexy roles, by the way…) George Clooney put it so beautifully when he wrote an article about plastic surgery on male movie stars in this country today and said that some of them were “frighteningly unrecognizable”…And what if Maggie Smith were born in this country? Would she remain in the public’s eyes as brilliantly revered as she is today? Does anyone talk about her physical appearance or that she needs plastic surgery to be accepted on a screen? How about Helen Mirrin, Charlotte Rampling? Women allowed to age beautifully without the full knife, without being judged or ending up on the cover of a rag magazine, or worse, becoming the butt end of a bad joke.

Nope…it’s a bit of a wicked double standard here… and women in this country suffer from it the most. It’s no wonder that so many girls are getting surgery at younger and younger ages. They are getting the message fast…”you must not age here…it is a crime”…and if you do, “no one will want to look at you.” So, what are we telling these girls? And what are we telling ourselves.

We are frightened to death of the inevitable! And looking at our idols age, makes us unbearably frightened. Because to us…they are the mirrors of where we are all going. And that, in this country…is just unacceptable!!

Movie stars who are no longer with us, if they have gone at an early age, their image has the best advantage. Marilyn Monroe is still one of the most adored sex symbols of our time. But what if she had lived. Where would she be now? In her late 70’s and wrinkled but perhaps enhanced? And lets face it…would tons of men be drooling over her body parts, looking at her old movies or publicity shots?

It’s a bit of a ratty game, and we buy into it to the max.

The beauty of accepting ourselves and the process we call life, might change a lot of things…There’s nothing wrong with a bit of a tuck here and there, but an unrecognizable face can kill more than a career…Just ask some of the movie stars who did it and lost.

Life is inevitable. Moving time is inevitable. But loving yourself and accepting the passage of time…if enough of us did it, it might just give Hollywood a message…”Wake the f—- up, and honor the passage of time in your stars! Talent gets even stronger as the years move on. Talent doesn’t age…the inner spirit and lust for life doesn’t age…it’s just the outer cover that does.

And that is the inevitable…
for everyone.